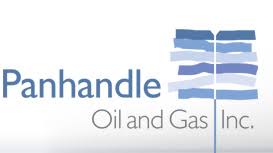 Duke Ligon is a longtime Oklahoma City business executive with a diverse background in oil, law, and finance. In August 2017, Duke Ligon was appointed to the board of directors of Panhandle Oil and Gas, Inc. In accepting board membership, Mr. Ligon took on a newly created position that will involve standing for election at the next annual shareholders meeting. Panhandle’s chairman of the board described a sense of enthusiasm at having the Oklahoma City business leader join the board, because in addition to being a longtime company shareholder, he offers a unique combination of Wall Street acumen and oil and gas business experience. Panhandle Oil and Gas is a company recognized for its results in the production and exploration of oil and natural gas. Established in Range, Texas County, Oklahoma, in 1926, Panhandle possesses 255,000 fee mineral acres and has royalty and working interests in approximately 6,200 wells. With more than 5,500 shareholders, it pays quarterly dividends on stocks.
Posted by Duke Ligon at 12:56 PM No comments: 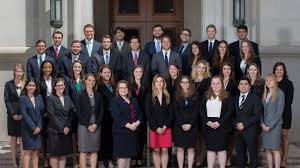 A legal and policy expert in the energy field, Oklahoma City resident Duke Ligon is the founder and manager of the Mekusukey Oil Company, LLC, and a senior advisor to the Peter J. Solomon Company. Before embarking on a career in the energy industry, Duke Ligon served in the U.S. Army and attended the University of Texas at Austin School of Law.

The University of Texas at Austin School of Law has been ranked highly in recent law school ratings. The school ranks at number six on the U.S. News list of “10 Law Schools with Small Classes.” Texas Law offers nearly 300 upper-level courses with fewer than 25 students in a class.

In addition, a comparative review by the New York Times named Texas Law as one of the top 10 schools in terms of the “best salary-to-debt ratios” among graduates. Other law schools noted for their value included Harvard, Yale and Stanford.
Posted by Duke Ligon at 11:24 AM No comments: