The Purpose of the Oklahoma Hall of Fame 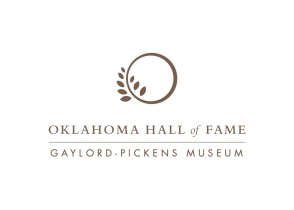 Based in Oklahoma City, Duke Ligon is an attorney and businessman with extensive experience in corporate litigation. The founder and the owner of Mekusukey Oil Company, Duke Ligon also serves on the board of directors of the Oklahoma Hall of Fame at the Gaylord-Pickens Museum, located in Oklahoma City.Founded in 1927, the Oklahoma Hall of Fame is a nonprofit organization created to honor the citizens of Oklahoma who have made an impact in their industry. To this end, it exhibits a showcase of many outstanding Oklahomans who have contributed to the state’s heritage. It also works to facilitate educational programming, including field trips for school-aged students and publications that detail the history of the state.Essentially a private donation-funded organization, the Oklahoma Hall of Fame is governed by a primary board of directors. Moreover, there is also a teen board comprised of high school students that organize an annual fundraising program and a second century board consisting of young professionals who help to promote the organization in their respective networks. Together, the boards help preserve Oklahoma’s unique history for another generation.
Posted by Duke Ligon at 9:01 AM No comments:

Duke Ligon is an experienced attorney and the current owner and manager of Mekusukey Oil Company near Oklahoma City. Experienced in issues involving energy policies, Duke Ligon previously served as senior vice president of Devon Energy Corporation in Oklahoma City. Outside of his professional work, he supports the New York Metropolitan Museum of Art as a member of the Major Gifts Committee.

Known as The Met, the New York Metropolitan Museum of Art occupies three sites in New York, The Met Breuer, The Met Fifth Avenue, and The Met Cloisters. The combined sites showcase more than 5,000 pieces of art and host numerous exhibits throughout the year, such as the upcoming Seurat’s Circus Side Show scheduled for February 17 through May 29, 2017. The exhibit will focus on George Seurat’s work Parade de cirque, or Circus Sideshow, which was painted in 1888. It will also include several accompanying Seurat works as well as more than 100 paintings, drawings, prints, and posters that create the atmosphere of the time period.
Posted by Duke Ligon at 10:26 AM No comments: